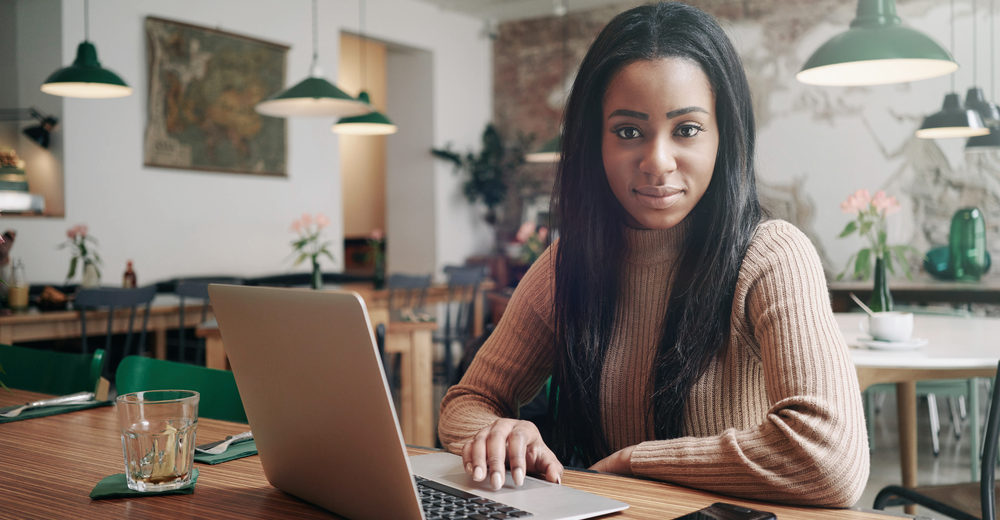 To gig or not to gig – that is the question

To gig or not to gig – That is the question we face in the new economy of on-demand or contract employment.

When you hear the word ‘gig’, you probably think of a garage band getting their lucky break at the local bar. All band members normally have full-time jobs and get together once a week to ‘jam’ and hopefully book some paid gigs on the weekend. Or they don’t have a ‘real’ job and just make ends meet with back-to-back gigs—not getting much cash but at least out of the rat race, living their dream.

An economy of gigs
Apart from a ‘live performance’, a gig can also mean a ‘job’ or an abbreviation of ‘gigabyte’. But in 2017, when someone tells you they have a new gig, it immediately takes your mind to their job, and not a two-wheeled carriage pulled by one horse (yes, that’s also a gig). All in all, a gig is a contracted job tasked to a professional to complete in a defined period of time, which forms a job market dominated by freelancers and entrepreneurs.

The idea of the Dream Job
There’s no question that millennials get a bad rep for being lazy, entitled job-hoppers. They were brought up being told they could be whoever and whatever they wanted, and the sky is (not) the limit. So naturally, a set pay cheque with a week or two paid leave per year is not their idea of reaching for the stars—I mean, is it anyone’s? With this attitude comes a thirst for innovation and making a difference in the world. The definition of ‘a good job’ is going to look very different in the future, with an emphasis on location freedom, flexibility, and the-harder-you-work-the-more-you-earn finally becoming a reality.

But wait . . . move over millennials—the future economy is in the hands of Generation Z (born from 1995). These tech-savvy social media gurus will have adopted on-demand services as a part of their daily lives: from food delivery, cleaning services, Airbnb holidays and Uber rides. On-demand or contract employment was previously kept for workers who struggled to get a full-time skilled position, but this is no longer the case as it’s the ideal ‘Dream Job’ for Generation Z.

“This on-demand, or so-called gig economy is creating exciting economies and unleashing innovation. But it is also raising hard questions about workplace protections and what a good job will look like in the future.” Hillary Clinton, 2016

You better not be caught moonlighting
“I’m thinking of starting my own thing” “I’m going to resign and freelance for awhile” is common chatter around the office coffee machine, but in most cases with a set salary it takes time to save up a back-up fund or build up enough freelance clients before you can jump ship. So, all you can do is become a secret moonlighter, juggling your day job while burning the midnight oil getting your gigs done after hours.

Majority of the time, your boss gets wind of your antics and you get a talking-to about not being committed and using company time for your own pursuits. Or you can’t make meetings during office hours, and your grand plan crashes and burns.

The new employment landscape
If corporates really want to retain staff, they need to embrace intrapreneurship and help their employees bring their ideas to life within the company. But with the rise of the gig economy, certain areas of a business will always be more cost-effective outsourced, be it marketing, logistics, training etc. Outsourcing specialists can boost your business without having to fit the bill of an in-house expert who’s only busy half the time. Agencies and other businesses can still make a cut by off-loading those small clients to gurus that would not be profitable bringing in-house.

You’re on your own
Sick days, paid leave, overtime and that golden 13th cheque are things of the past for the new gigster. These are a few of the things that newfound freelancers often miss, but there are bigger concerns when it comes to the sometimes overlooked labour laws such as workmen’s compensation and disability cover.

Regulative policies have not kept up with the fast-changing growth of the gig economy, largely when it comes to disruptive on-demand services that classify staff as contract workers—even when they work more than 40 hours per week. Some companies are seen to be avoiding the costs associated with full-time staff by employing contract workers, but in most cases it’s a win-win for both: the freelancer earning more and the organisation receiving value for money. In the end, it’s up to government organisations to come to the party and put regulations in place for the rising gig economy—but that may be later rather than sooner.

The Platform – Your new manager
On-demand and freelancing platforms are only cost-effective because they take out the middleman, who is susceptible to human error, and replace him or her with technology. This technology and sophisticated algorithms replace a number of roles within a business: the manager, the bookkeeper, the admin staff and even the CEO. It literally streamlines a business to providing a solution to a problem instantly, which is what business is at its core, anyway.

With the rise of the digitally-enabled gigs economy comes the birth of a number of online freelance marketplaces: Fiverr, Freelancer.com, UpWork, Elance and guru.com are all leading the way with connecting professionals from around the world with individuals and businesses requiring their services.

“Since Fiverr’s founding in 2010, freelancer income has been growing by 4x each year using the Fiverr website,” Micha says, where “80 to 85% of the people using Fiverr are SMBs” Micha Kaufman, Fiverr Founder

There is no doubt that these platforms are going to increase and soon start to segment into niches. Instead of a freelance.com or Fiverr who offer everything from logo design to ‘I’ll record a jingle for you for $5’, you’ll see platforms that pop up for every industry from viral videos to Facebook posts.

The Digital Landscape
Why are people only wising up to the gig economy now? What were our parents thinking? Well, globalisation was just a word in a textbook, and the Internet had only started to rule our lives. The World Wide Web has made it possible to really live The 4-Hour Workweek from that island hammock.

The Guru Agency
Let’s make the guru cool again! With this new dream job comes the new company model, especially within the creative agency world. The longevity of agencies will depend on embracing the gig economy by having a network of contract workers available. This means getting the best people on the job according to their skills and experience, and not just assigning available staff. It’s almost impossible to have a full-time, constantly stimulated team of creative experts with all the skills needed for every project. The result is normally a highly stressed team working long hours to meet a deadline, with certain components lacking. The top agency of 2017 and beyond will be the one able to pull together a dream team of specialists at a moment’s notice to complete a project seamlessly due to their extensive experience and skillset—and what’s even better is that you only pay for what you get; no extortionate salary bills during downtime.

The gig economy is not for everyone
The gig economy is great and has many amazing benefits for gurus and brands, but it isn’t for everyone. Jumping into the gig economy as a freelancer means being an expert in your field, able to offer higher quality work at a reduced rate and sometimes at a moment’s notice. But that’s not all: You need to be able to sell, manage your­ finances, project-manage and maintain mental strength; depression and anxiety are some of the challenges rarely addressed in the gig economy.

Also, not all brands are cut out for the gig economy. Gigsters provide fast turnaround times as a bonus, but organisations requiring quick edits are sometimes frustrated by gurus not being able to attend to their tasks straight away like you would be able to reprioritise a full-time employee. SMEs and startups seem to take the most advantage of the gig economy, as they are adverse to committing to long-term contracts. They also enjoy the personal one-on-one approach gigsters provide.

Time to get a gig
To gig or not to gig—the choice is yours. You’ll need to weigh up the pros and cons when it comes to benefits, security, earning potential and lifestyle goals. What’s exciting, however, is the innovation around the technology that connects gigsters and brands.

As the old saying goes, you’ll never know if you don’t try. As a company, see where you can streamline your business and get freelancers involved. And for everyone else, think about what your dream job looks like and then decide.

Not sure what you need? We'll help you brainstorm the best solutions for your budget. Give us a call or email if you have any questions around your project. We will pair you with one of our super gurus to take your project from start to success.